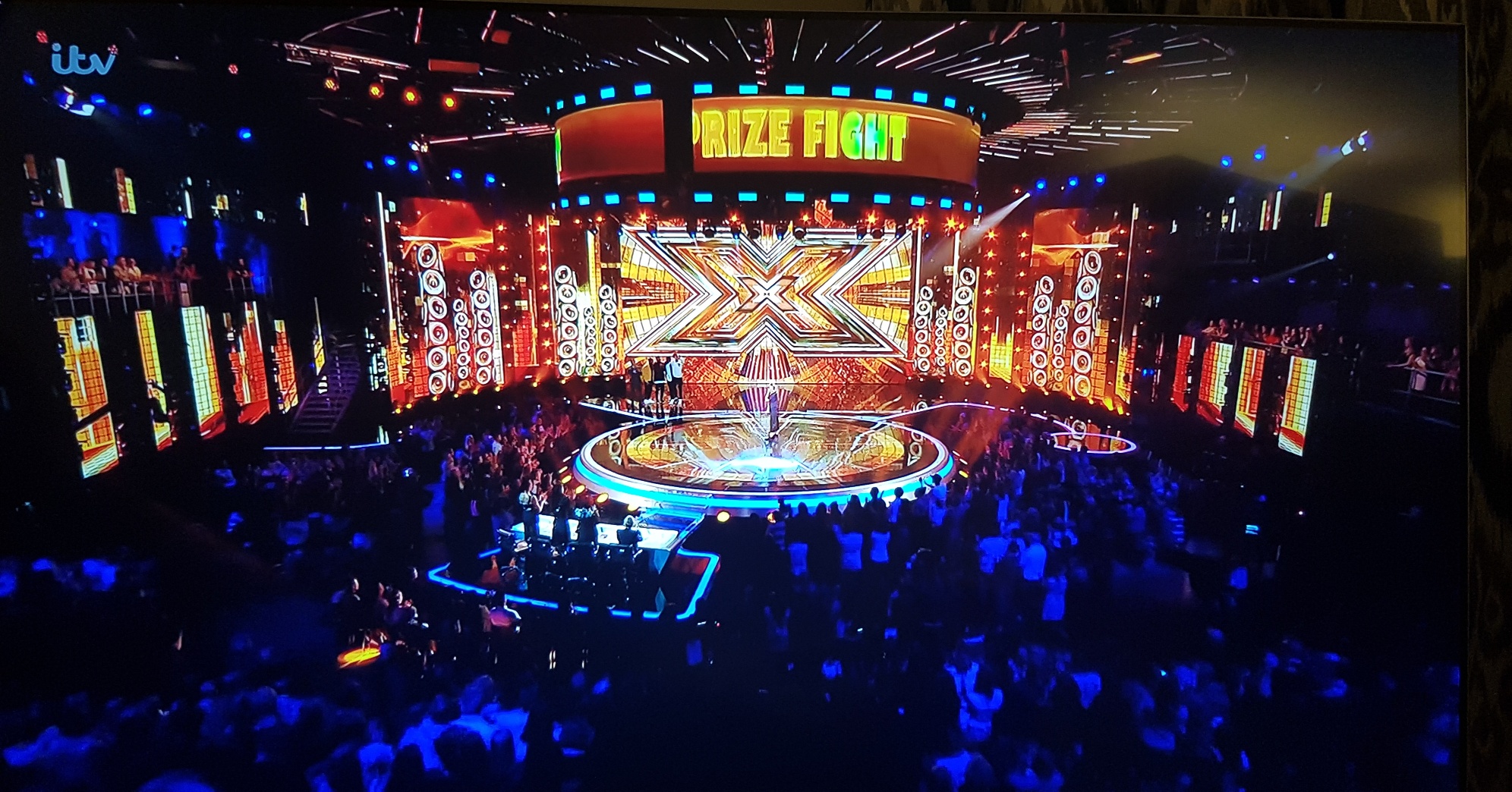 Anna Valley has again been chosen by production company Thames to deliver LED display technology for the ITV studio Live finals series of the X Factor. All the screens on the Saturday & Sunday night shows being fed by Hippotizer media servers also supplied by Anna Valley.

Anna Valley have incorporated high-resolution 3mm LED displays into the set. The central Giant size 4K LED doors were used as devices for judges to introduce the competing new artists who they were mentoring. The LED doors can feature ‘glamour’ shots of the acts, close-up camera shots of performances or lighting effects patterns.

All the displays were selected for their ability to match colourimetry and have minimal, compatible video processing delay. The X Factor Live Finals returned from a new home at LH2 studios in a new set being larger than ever and even more spectacular.