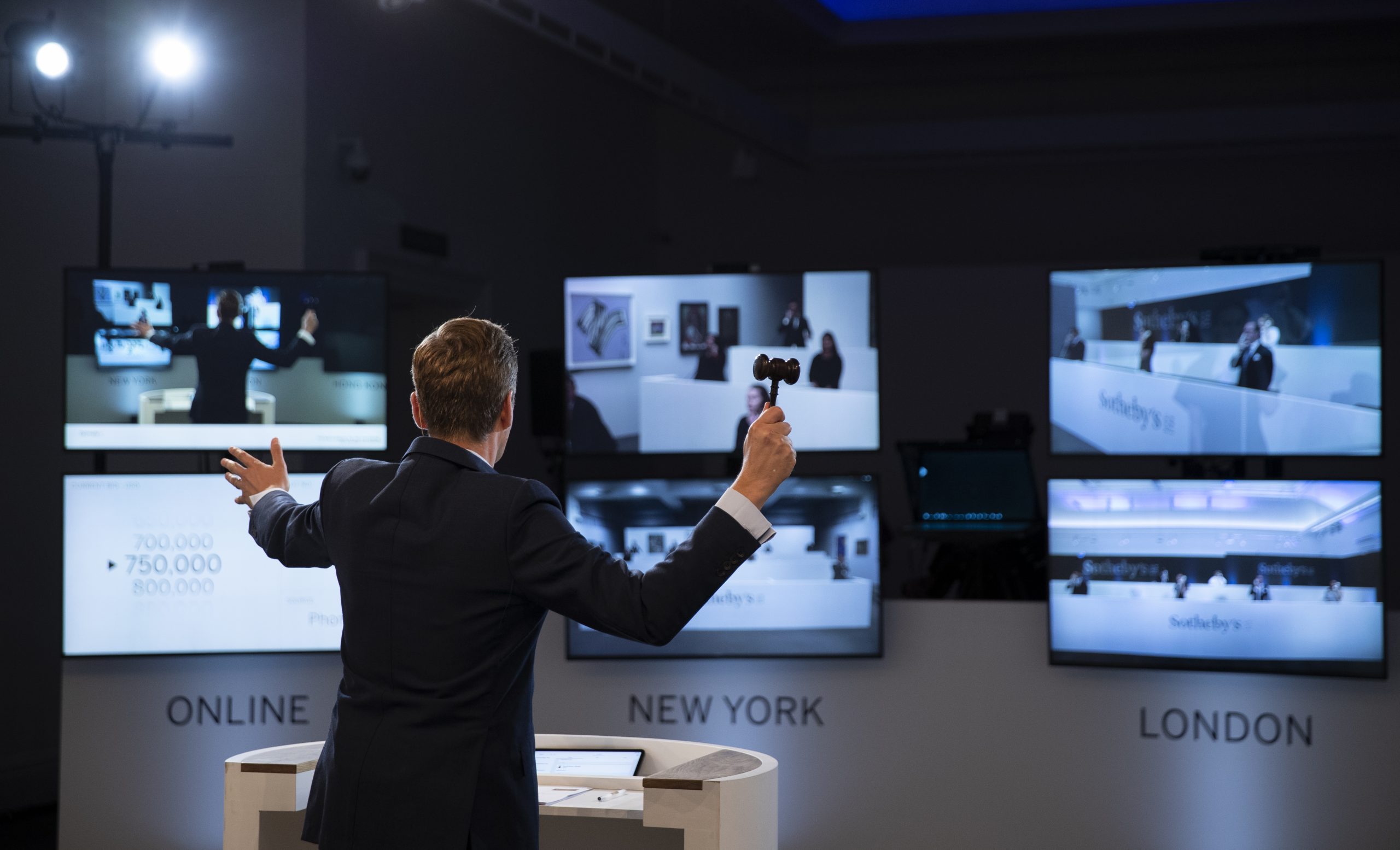 Combining a live event, online auction and TV format to create Sotheby’s auction of the future.

Sotheby’s is one of the world’s largest brokers of fine and decorative art, jewellery, real estate, and collectibles.  Each year the company holds a series of high-profile marquee events in locations around the world – where the most coveted artworks attract attention from the biggest investors and secure multi-million-pound sales.    Typically, buyers travel to these exclusive events, following the art around the world on behalf of the investors they represent. When Covid hit, international travel ground to a halt and it quickly became apparent that traditional auctions would not be able to continue, but Sotheby’s still had a duty to keep the art market moving.

Sotheby’s needed to revolutionise its marquee auctions, continuing to present and sell world-class artworks in safe, engaging and new ways while Covid-19 prevented the traditional approach.  After producing Sotheby’s London sales events for almost a decade, Chrome Productions were the natural choice to imagine and deliver the “auction of the future.”  Chrome’s concept was to create a virtual event reminiscent of a TV show – where the auctioneer in London, telephonic bidders via Sotheby’s international experts and online participants could interact seamlessly and in real time as though they were in the same room.   The solution would require a combination of event expertise and state-of-the-art broadcast and streaming technology.  Chrome turned to Anna Valley to help them design and deliver the technical solution.

Two months later, on 29 June 2020, Sotheby’s held its first hybrid auction – a dynamic, multi-camera event, live streamed around the world, conducted by auctioneer Oliver Barker from Sotheby’s London, interacting via video with colleagues bidding in real time in New York, London and Hong Kong.  The New York Evening Auction was the first event of its kind in the auction world, allowing global, real-time bidding in a high-definition broadcast.

While the end buyer may be on a mega yacht in Monaco or in the penthouse of a Russian skyscraper, the art specialists representing them at auction would normally be in the same room as the artwork, on the phone with the international investors that they are bidding on behalf of.  The virtual event aimed to recreate the in-person auction experience for these experts, as well as to accommodate online bidders participating via Sotheby’s BidNow platform and share the proceedings with Sotheby’s substantial art following.   In order to satisfy each of the different audience’s needs, Chrome and Anna Valley needed to deliver an interactive, zero-latency live streaming experience.

To simulate the in-person interaction between the auctioneer and international bidders, the main auction room was set up with the auctioneer facing an arc of video displays which showed live video feeds from the bidding rooms in New York, London and Hong Kong.  A combination of manned and hothead cameras were strategically placed in each location so that when, for example, the auctioneer looked at a monitor showing the live feed from Hong Kong, it appeared to the bidders in that location as though he was looking at them.  Similarly, the audio in the main auction room was zoned to match the positioning of the screens so that the auctioneer could hear where the bids were coming from, just as he would at an in-person event. 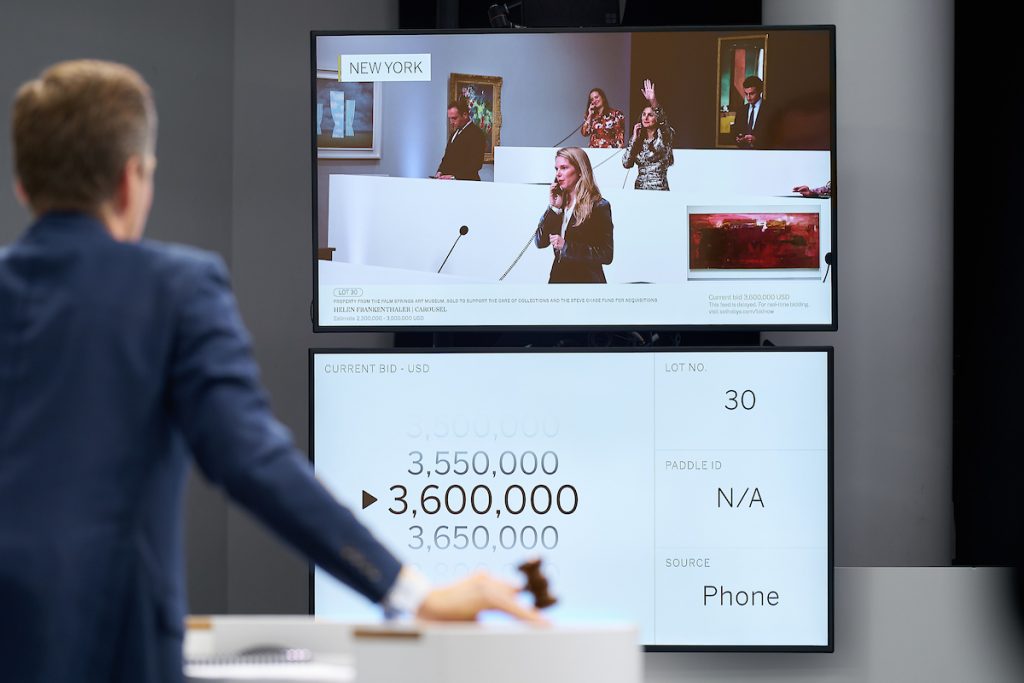 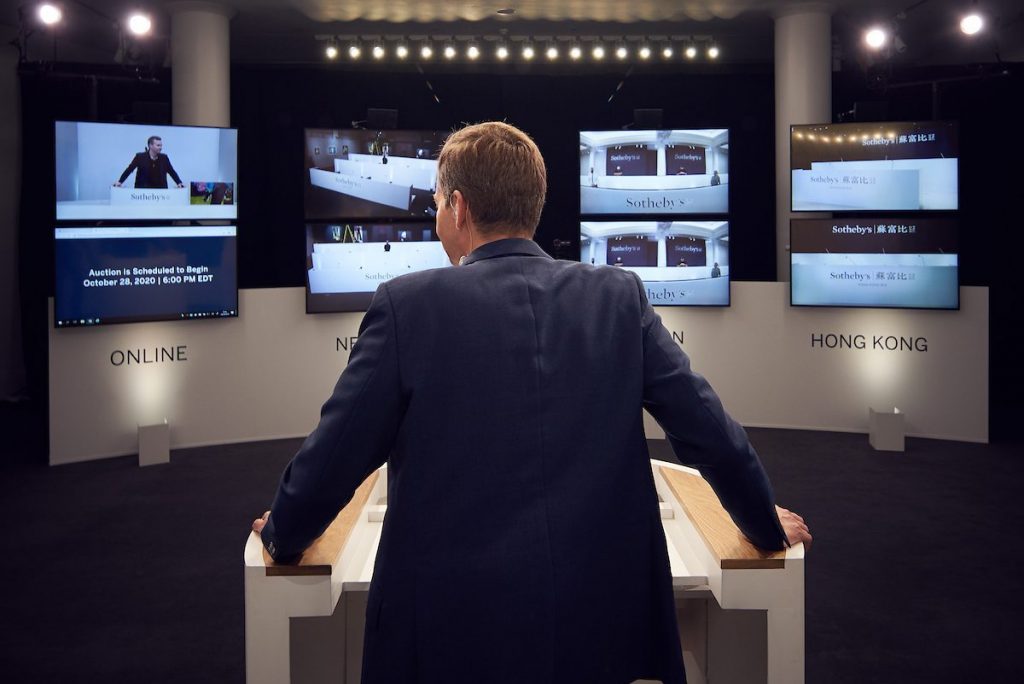 The various video feeds were cut together to create a broadcast-quality master programme which was broadcast via US cable channel, Cheddar TV, and live streamed to online audiences via BidNow, Sotheby’s website and social platforms.  Because the project was approached as both an event and a video production, this live stream was elevated beyond a simple video feed and provided compelling viewing full of drama and suspense.

We’d never worked with Anna Valley before this production, but as soon as we started the conversations with them, we knew we were in the right hands.  This was a new world in terms of auction live streaming  and naturally, the concepts and approach grew organically but nothing was ever too much trouble. We never had to say no to our client because Anna Valley always found a way to deliver whatever we needed. 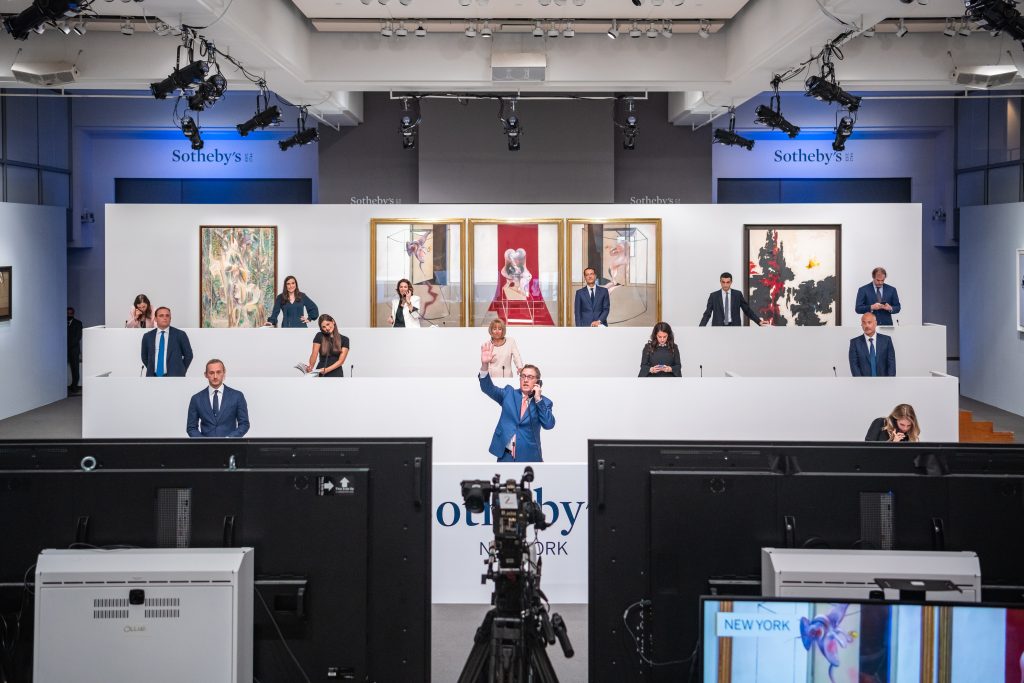 The New York Evening Auction realised $363.2 million in sales.  This event, and the revenue it generated, would have been impossible without the live streaming solution provided by Chrome Productions and Anna Valley.

To meet Sotheby’s financial targets, the virtual auction needed to deliver against a set of key criteria:

No tolerance for latency

There’s no tolerance for delays in a multi-million-dollar bidding war.  The interaction between the auctioneer and the bidders across the world had to be live, with latency levels so low that it was imperceptible.  Anna Valley specified broadcast-quality video, audio and comms streaming solutions to provide connectivity between the three countries and technically directed the setup of each site.  In addition, the team integrated the on-site comms with those for international auction and production staff, so verifying a bid from Hong Kong or adjusting a camera in New York was as simple as flicking a switch to chat to the relevant team member, regardless of whether they were in the next room or on the other side of the world.

There aren’t very many (or likely) ways that an in-person auction could be completely derailed, but online events are far riskier.  It was therefore critical that potential technical failures were anticipated and that redundancies were in place for every eventuality.  These precautions proved their worth when a power cut hit Mayfair just before the auction started and both the AV equipment and Sotheby’s infrastructure were seamlessly switched over to Anna Valley’s UPS.

Sotheby’s is synonymous with luxury.  To attract high-end buyers and press attention, and achieve the predicted sales targets, the virtual auction needed to provide a premium experience.  From a technical perspective, this was reflected in the high-definition broadcast and streaming content delivered by Anna Valley and production values from Chrome Productions.

The auction broke multiple sales records throughout the night, achieving a remarkable $363.2m overall, including $85m for a Bacon Triptych, and rave reviews from the press and online viewers.

This was a truly hybrid event, with bidders participating telephonically and online, and audiences watching the proceedings on TV, via Sotheby’s website and in their social feeds.  Nowhere was this more evident than in the 10-minute bidding war for the evening’s top earner – where a telephone bidder in New York and an online bidder in China competed for a Francis Bacon Triptych that eventually went under the hammer for a staggering $85 million. The sale set an action record of the ‘highest price ever achieved via an online bid’, showing an ever-increasing appetite for high value purchasing via the internet.

Sotheby’s live stream experience didn’t only break sales records and redefine how auctions are conducted in the 21st century, it also attracted an unprecedented audience – taking viewership from 2000 to over 1 million people online, on social media and through broadcast television. 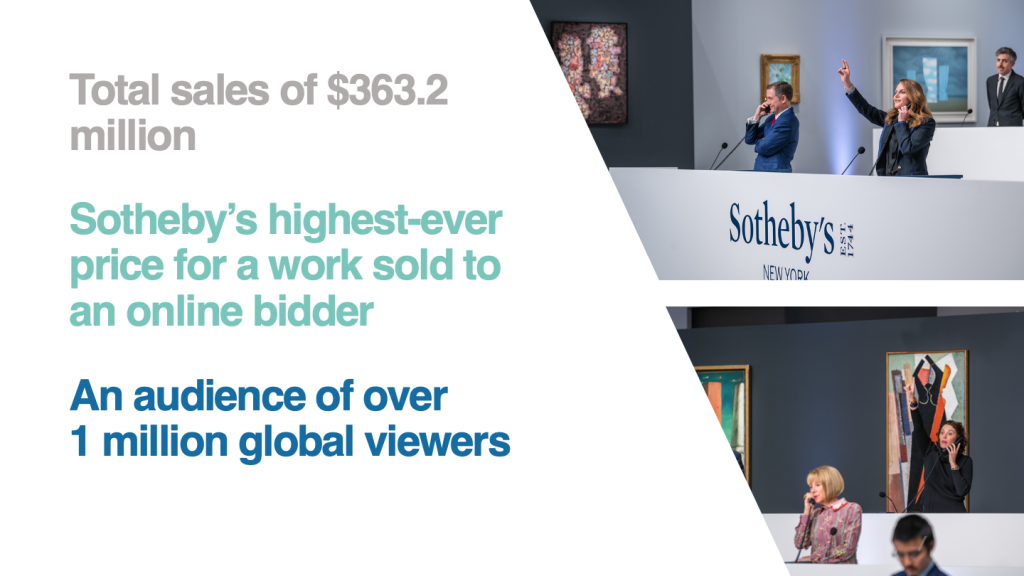 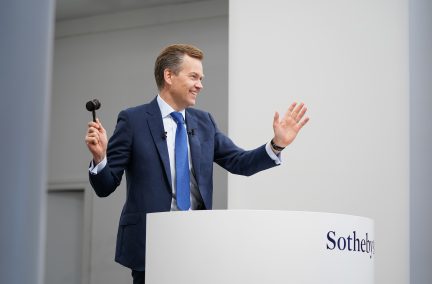 To have achieved what we did, and in the space of just a few months is absolutely phenomenal. In the early days of COVID-19, when we were challenged to re-imagine the live auction experience, I don’t think any of us could have imagined we would go on to create a live television event of this magnitude, with a beautiful new auction format and production. Despite my own history as an auctioneer, I will admit that it didn’t seem possible even a few months ago to orchestrate these marquee New York sales via London and around the world. Something this complicated came with its own set of challenges and risks, but the team at Chrome truly distinguished themselves, both in their creative vision and in their execution of the event. I am immensely proud of what we have achieved together.

Watch the highlight video below and  get in touch now to find out how Anna Valley can support your next hybrid event. 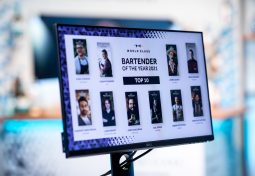 The virtual competition that defied all odds 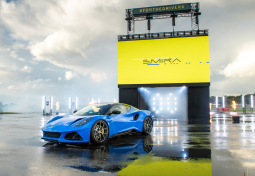 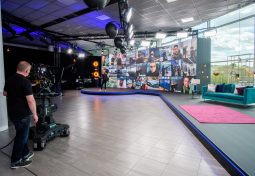 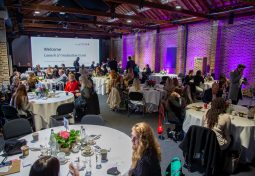