Sky appointed Anna Valley, the leading AV rental specialists for the events sector, to create a spectacular stage in the Southbank where it announced its highly anticipated new home entertainment system. Sky Q, which will be available in the UK and Ireland in early 2016, was unveiled to media and industry insiders.

The team at Anna Valley were our first port of call when looking for a consistent, efficient and reputable AV company to support us on the announcement of Sky Q. We’ve worked with them across many events, from small to large in scale- they’ve never let us down and this was no exception. What they delivered through their proficient team helped make the event a success.

Nick Hart, Director at Anna Valley commented: “We worked closely with the Sky team using the latest LED equipment and technology to show Sky Q in the best way possible for the event. Whilst there was a lot of equipment used on the day, the showpiece was the 2.5mm LED screen, which created the stunning backdrop to the announcement.”

The screen, which used over 300 panels of 2.5mm, measured 14.4metres x 5.7metres and had a resolution of 5760 x 2304 pixels. It was driven by a Hippo Tiaga media server controlled by an MA Lite 2. Furthermore, the screen processing was handled by a Spyder X20.

Other equipment supplied by Anna Valley included a 3 camera PPU with Sony HXC 100’s, Samsung 46″ comfort monitors on the floor and Autocue monitors at the back of the room and a show relay. EVS and Xfile were used for editing and there was a Quadrus record system recording 6 channels at both pro res and h.264 and 4 demo pods with Samsung ME55C and ME40C in each. The show was relayed around the venue across 8 screens with a combination of 46″ 55″ and 75″ in total.

Nick continued: “We are regularly working with major agencies who work with household names and corporate companies keen to unveil their major product, service or business to an awaiting public. Over time, and quite rightly, these events have become showpieces in their own right and need to represent the brand and what it stands for.” 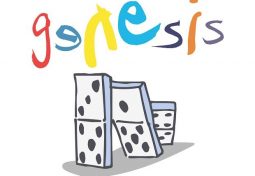 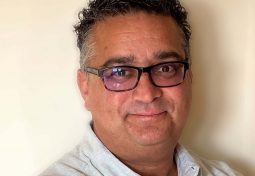 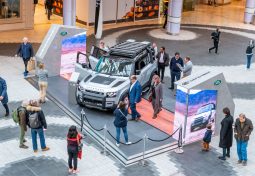