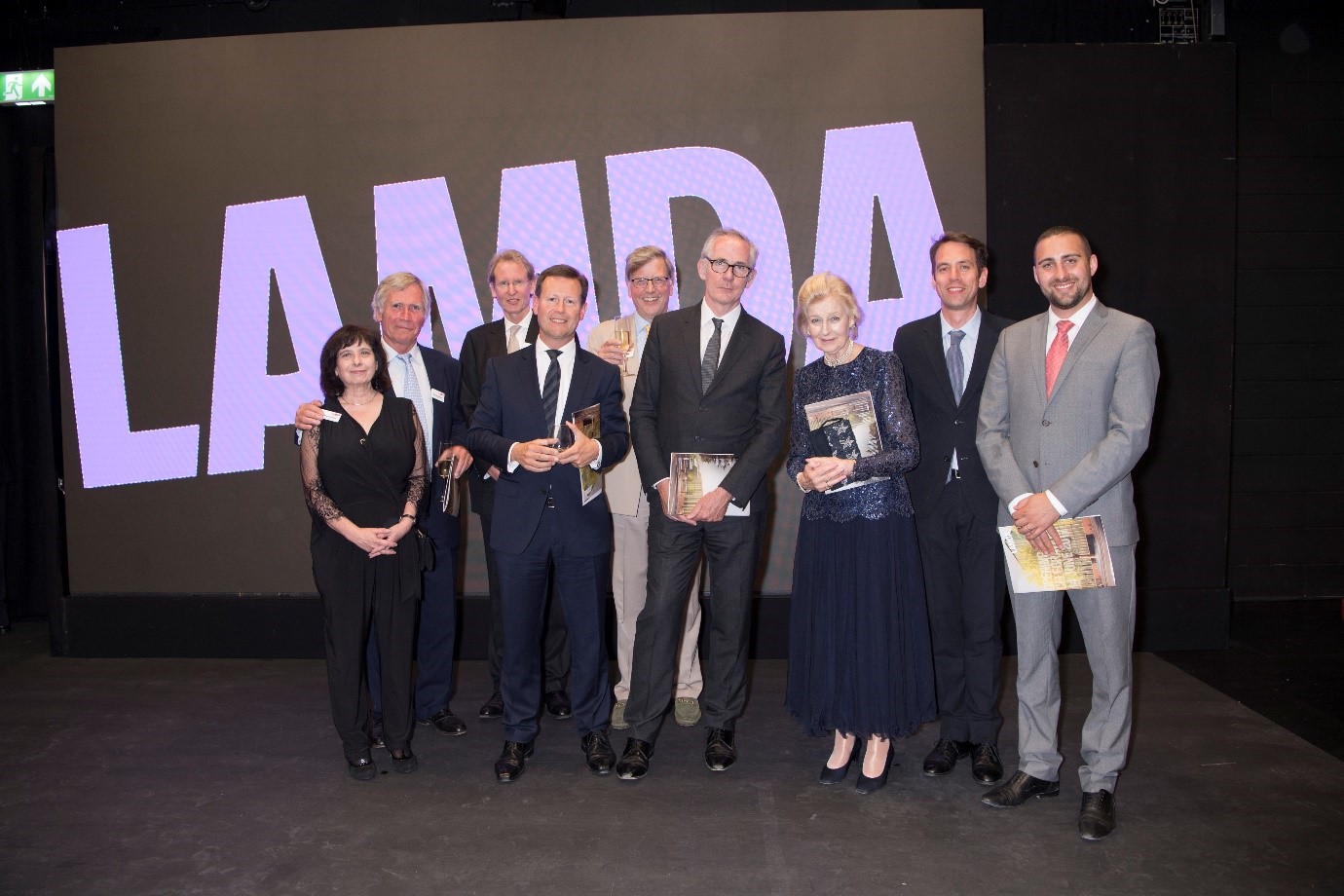 Anna Valley provided a turnkey AV solution for the event’s gala performance.  Guests in the 200-seat Sainsbury Theatre watched students perform against the backdrop of a developing photographic timeline which was projected using 2 x 21k projectors onto a 14.4m x 7m cyclorama fed by a Macbook Pro running Qlab.

A world-leading conservatoire, LAMDA offers vocational training to actors, stage managers, technicians and directors, as well as delivering qualifications in communication and performance as an international awarding organisation.  LAMDA’s redevelopment was made possible by the Act Now! Campaign, which was launched in November 2013 with alumnus Benedict Cumberbatch CBE as Patron and was supported by almost a thousand donors.

Anna Valley has previously supported LAMDA by providing AV technology and services, free-of-charge, for their stage productions (including Assassins which was one of the first shows to be staged in the new Sainsbury Theatre.) The AV company has also provided work placement opportunities for LAMDA’s final year students and two LAMDA graduates have secured full-time employment at Anna Valley.

“As one of the leading AV companies in London, we believe that it’s our responsibility to help nurture the next generation of creative and live-event professionals” said Anna Valley Director, Nick Hart. “LAMDA provides an invaluable service to this community and we’re happy to support them in any way we can.”

LAMDA’s Head of Technical Training, Rob Young added, “With Anna Valley’s support, LAMDA has produced work that would not otherwise have been possible. Our students have also benefited greatly from the opportunity to train on such high-end projection equipment. We look forward to furthering our relationship with Anna Valley in future.”

Get in touch to discuss your event AV needs.